Writing academic works requires following various compulsory formatting, structuring, and citation requirements. The main types of styles used now in America are MLA, APA, and Chicago. The last one is usually used only for economics and history.

This article emphasizes APA and MLA – styles that are frequently used for various types of academic works. Mentioned styles are pretty much common, but have some differences. You may find out about such in the next sections.

The MLA style is usually required for humanities, while the APA style is required for the various research and scientific fields. Regardless of the used style, researchers, professors, and peers can easily grasp the syntax of a text and check all citations.

Characteristics of MLA and APA Styles

If you want to find out what is the APA, this style was created by the American Psychological Association (APA) in 1929. Originally, authors used these rules during the submission of their works for publication in the APA journals. The main idea of this style was to form a distinctive style of citations and references. This way, such style had to provide comprehensive texts with appropriate headlines, cited works without distracting readers.

Moreover, these rules covered issues of language usage, correct citation, plagiarism issues, making appropriate headers, etc. This style is very important for writing laboratory reports, papers in the field of science, psychology, education, and social sciences. It allows using verbs in the past tense, the footnotes and endnotes, citations in the text, and direct quotations.

If you wonder what the MLA is, this style was created by the Modern Language Association specifically for scientific works and literary researches in the field of humanities. The MLA is more detailed in terms of citations and references. This style generally uses verbs in the present tense.

While there is no need for you to create a separate title page and an abstract, your text should have such a structure: its body paragraphs and a page with all cited works. The title of your paper is placed on its first page, separated from the rest of your text by a double space only.

For this style, you have to create the header for the first page on the left side. It includes:

The rest of the pages contain headers on the right side of a paper and include:

A paper formatted according to the MLA style contains a page with references called “Works cited.” You should indicate all entries according to their titles in alphabetical order.

The APA style has the following standards:

If you format your text according to the APA style requirements, this text should include a title page, its abstract, body paragraphs, and a list of references. The title page includes the title itself, your name, and the title of your academic institution.

Headers are placed on top of each page. The paper’s title is located on the left side of a paper, and the numbers of pages – on the right.

The abstract of your paper should be a double-spaced paragraph 150-250 words long. As a rule, it includes the most important points of your paper (a topic of your research, its main questions, and hypotheses, a section devoted to the applied methodology, your brief analysis, and conclusions).

Your paper should also include, in the end, a separate reference page called “References.” Your list of resources should be indicated here according to the last names of authors in an alphabetized order. This list has to be double-spaced. Two works of the same author should be listed chronologically, from the earliest one.

You may ask: “How do I make my papers in APA & MLA formats?” These styles have many similar features. Below you can find common requirements for these styles:

The APA style has the following formatting:

The MLA formatting is similar:

How Works are Cited in the APA and MLA

When you see some ready text, you may wonder it is a work cited in the APA or MLA style. To illustrate these styles, here are some examples for you:

For your convenience, you may find the main differences and similarities between these styles below: 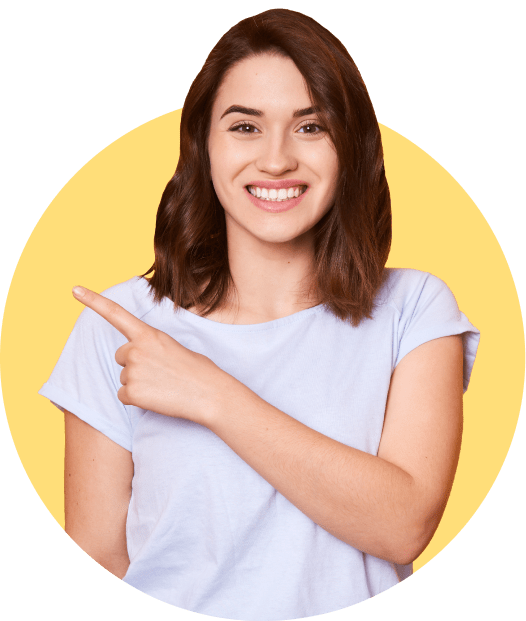 Still have any questions?
Contact our professional team and we will to help you solve your problem.

Your savings -$50 pick up gifts

Different academic subjects require different requirements related to text writing, formatting, citation, etc. The APA and MLA formats are commonly used in this case. They give authors some common understanding of how their works should appear. The APA format is usually applied for social sciences, while the MLA format is used when you require writing a paper on liberal arts and humanities. Both styles provide recommendations on how to format your content and cite works. These styles have certain similarities – both are double-spaced, require using Times New Roman 12, and one-inch margins. However, if a paper is formatted in the APA style, there is a page number and the short title of a work in the upper right corner of each page. But if a paper is formatted in the MLA style, you should indicate in the upper right corner of each page your name and a number of each page.

If you apply the APA requirements, only the first word in the title of your text is capitalized while the quotation marks are omitted. For the MLA standard, the quotation marks should be used for titles, and every word there should be capitalized. The APA requires a title page where you indicate the title of your paper, your name, and the title of your academic institution. At the same time, the MLA style requires only to place the title of your paper on its first page. For your paper formatted according to the APA requirements, you should write an abstract also. It briefly describes your topic, the main points of a paper, your hypotheses, and also contains a section devoted to methodology. You should also address your conclusions shortly in this part. Make your abstract approximately 150-250 words long.

The MLA style does not require having such an abstract. Headers of the APA formatted text is placed on top of each page. Your paper’s title should be located on the left side of a paper, and the numbers of pages – on the right. For the MLA style, the header for the first page should be placed on the left side of a title page and include your name, your instructor’s name, the title of your course, the date of submission. Headers for the rest of the pages contain headers on the right side of a paper and include your name and a page number. When you apply the APA style, you should indicate to in-text direct citations the author’s last name, the year of publication of a cited work, and a page number; paraphrased citations should include only the author’s last name and the year of publication. For the MLA style, in the direct in-text citation, you should omit a comma and indicate the author’s last name and a page number; for the indirect citations, you should indicate a page only.

Hope this article will be helpful in the course of your writing.

Bryan Hokenson has graduated from Princeton University and holds a Ph.D. in math and computer sciences. He also has a certificate of completing IT courses and is proficient in all topics related to math, computer science, and IT technologies. Bryan has a special interest in engineering and is currently studying this field more thoroughly. His writing experience in the mentioned fields is 7 years.

Follow us and get a discount on your order